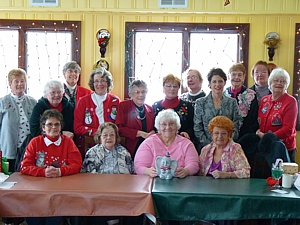 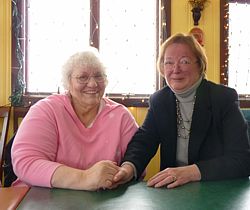 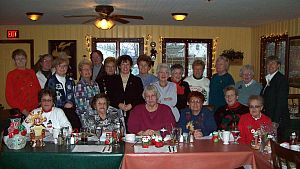 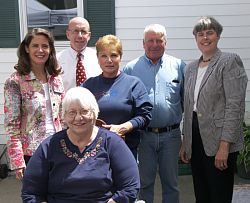 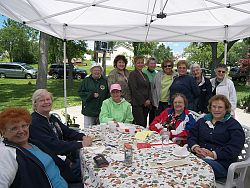 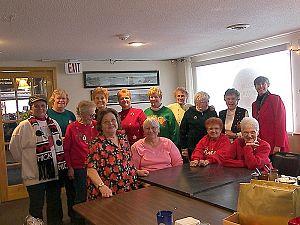 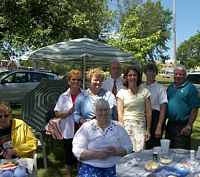 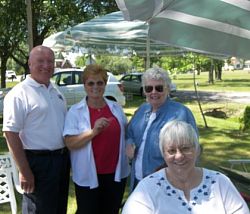 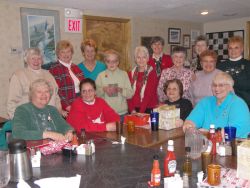 The Grand Island Republican Women's Club has planned a day trip to Canada on Wednesday, August 15, 2001. Those interested in attending should meet at 9 a.m. at the Grand Island Plaza.

It was a difficult decision for judges of the Independence Day Pie Baking Contest. "All eleven entries were delicious," said one of the tasters of the contest held Friday, June 29, and sponsored by the Grand Island Republican Women's Club.
Linda Gentz's Chocolate Caramel took First Place. A Concord Grape baked by Tracey Arnold took Second Place, and Bev Mikulski's Lemon Meringue came in Third. 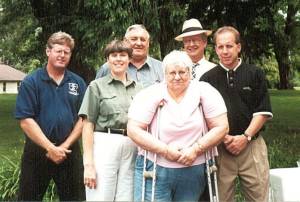 The Grand Island Republican Women's Club recently held a "Kick-off to Summer" Picnic at the East River Road home of Lois Morgan. The crowd enjoyed a delicious pot luck meal and a lively auction with Tim Mordaunt acting as auctioneer. Republican Women's Club President Marilyn Gratto is shown in front. Others are (middle left) Councilwoman Mary Cooke (candidate for re-election to the Town Board), Councilman Dick Crawford; (back) Dan Robillard (candidate for Town Board), Ray Dlugokinski (candidate for re-election as Highway Superintendent) and Mr. Mordaunt (candidate for Town Justice).

The annual Independence Day Pie Baking Contest, sponsored by the Grand Island Republican Women's Club, will be held at the Golden Age Center, 3278 Whitehaven Road at noon, Friday, June 29. Participants are asked to bake in disposable pans (not returnable). After the contest, a donation of pies will be made to the People Inc. group homes. Prizes will be awarded to the top three vote-getters at about 12:30 p.m.