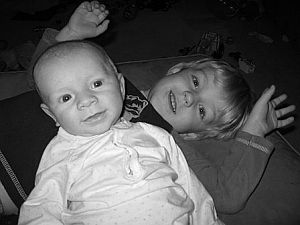 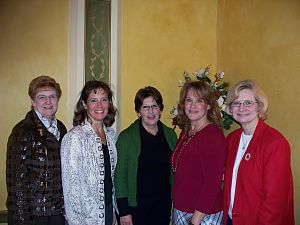 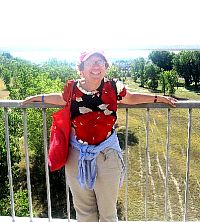 Click photo for full view
Island resident Alice Gerard spent much of the summer of 2008 participating in a 500-mile walk from Chicago, Illinois, to Saint Paul, Minnesota. The trip that started on July 12 and ended August 30th, was organized by the Chicago-based group, Voices for Creative Nonviolence. During the walk, Alice traveled through cities and rural areas, mainly in Wisconsin. The group gave 20 presentations along the way, and walkers stayed with host families, at churches, or camped out. Even though it is now winter, Alice can still be seen walking on Grand Island's roads and bike paths. See http://www.alicesgrandadventures.blogspot.com or http://www.closethesoa.blogspot.com/ 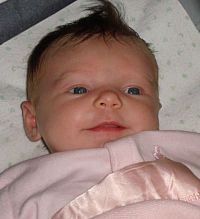 Gregg and Nicole (Dee) Roesch welcomed Lucia Suzanne Roesch into the world on November 11, 2008. Lucia, who weighed in at nine pounds, five ounces, is the granddaughter of Isle residents Ilene and Bob Dee and Carol and Gary Roesch. Gregg and Nicole, born and raised on the Island, now reside in Palm Beach Gardens, FL.