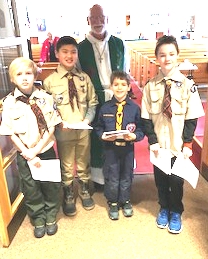 Scouts from Pack #425 celebrated Scout Sunday with Father Earle King at St Martin-in-the-Fields Church on Sunday, February 4th. Scout Sunday is a day for faith-based chartered organizations to celebrate and recognize Scouting and for Scout units to show their appreciation for the religious institution that supports their unit. 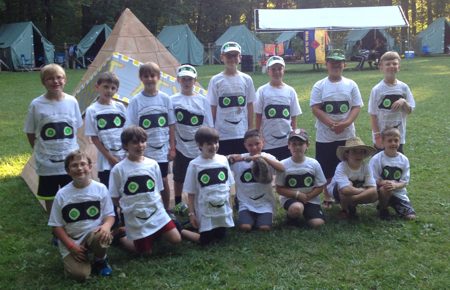 Cub Scout Pack 425 attended summer camp at Camp Scouthaven in Freedom, NY. A group of 16 scouts attended and the theme of camp was Ancient Egypt. The scouts participated in many camp activities including BB gun shooting, archery, nature, conservation, swimming and boating. The Greater Niagara Frontier Council shot a promotional video that features many Scouts, and leaders from pack 425 in it.

Cub Scout Pack 425 is having a New Scout Recruitment Night Wednesday, August 19th at 6:30 pm at St. Martin in the Fields church. All boys interested in scouting in grades 1 through 5 are welcome to come and see what cub scouting is all about. See flyer and party flyer. 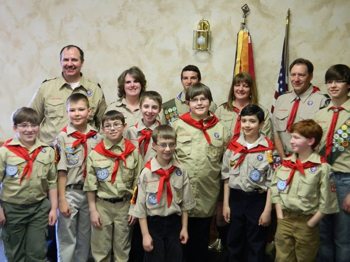 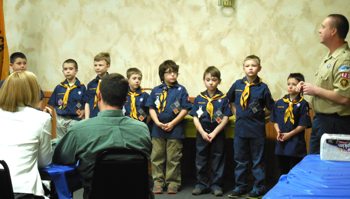 Cub Scout Pack 425 from St. Martin in the Fields church celebrated their Blue and Gold Dinner on Sunday April 27th. Scouts in the Tiger, Wolf, Bear, Webelos 1, and Webelos 2 dens received advancement awards. All of the Webelos 2 scouts received their arrow of light award; which is the highest award that can be earned in Cub Scouting. Following the arrow of light presentations, the Webelos 2 scouts participated in a crossing over ceremony where they were welcomed into Boy Scout Troop 510 from Trinity United Methodist Church. All in attendance enjoyed a dinner catered by Justin Tyme catering of Niagara Falls, and had fun bidding on cakes in the first ever, pack 425 cake auction. The dinner was held at the Grand Island Knights of Columbus hall which was graciously donated to Pack 425 by the Knights for this function. 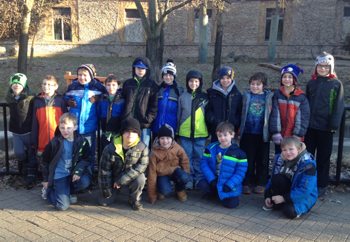 Cub Scout Pack 425 from St. Martin's Church participated in a Buffalo Zoo Snooze on April 6th. The Scouts and parents slept over at the zoo, and were treated to animal presentations, an evening zoo tour, and an animal enrichment project, pizza and a movie. 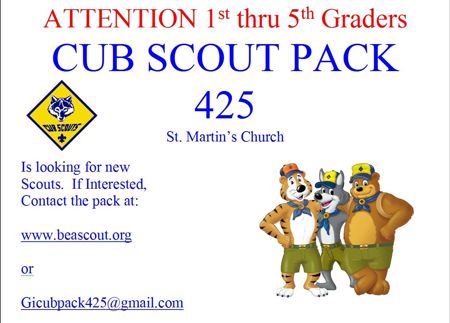 Cub Scout Pack 425 - St. Martin's Church is having a new scout registration night on Tuesday, September 17th at 6:30 p.m. at the church, 2587 Baseline Road. Any boys in grades 1-5 interested in joining scouts are encouraged to attend. 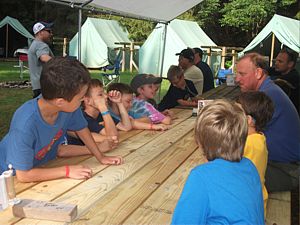 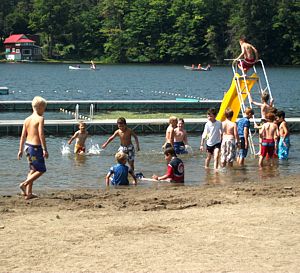 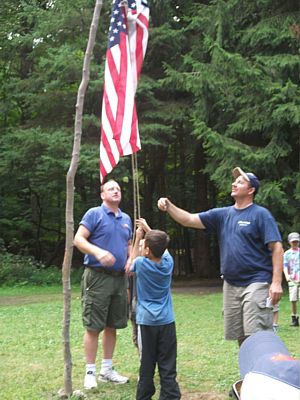 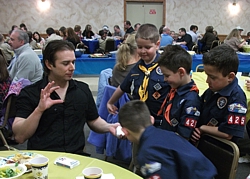 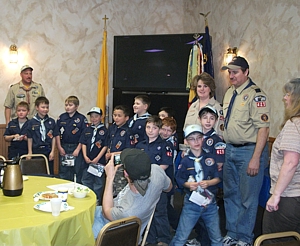 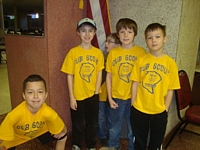 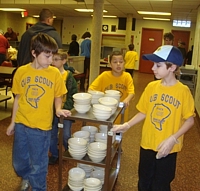 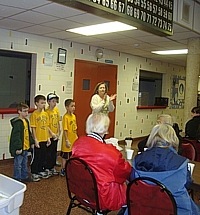 Cub Scout Pack 425 volunteered at the Assumption Soup Kitchen on Saturday, April 7, 2012. The scouts set up food trays and served soup, a sandwich and dessert to approximately 40 guests. The scouts also participated in cleanup and washing dishes. The scouts who attended and pictured here are: Kristian Krantz, Thomas Lockett, Anthony Payne, Daniel Tyson and Joshua Vizzi

Members of Cub Scout Pack 425 are shown watching the 2012 Pinewood Derby races at the Nike Base. 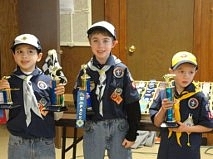