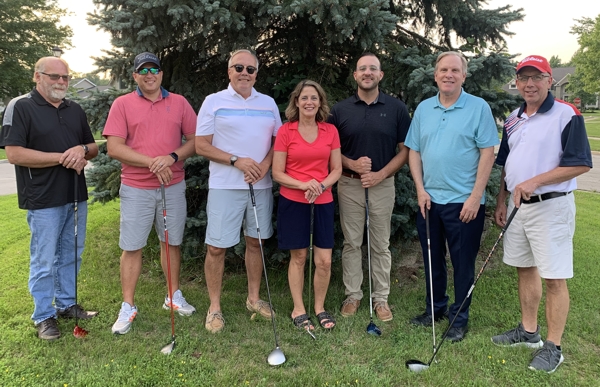 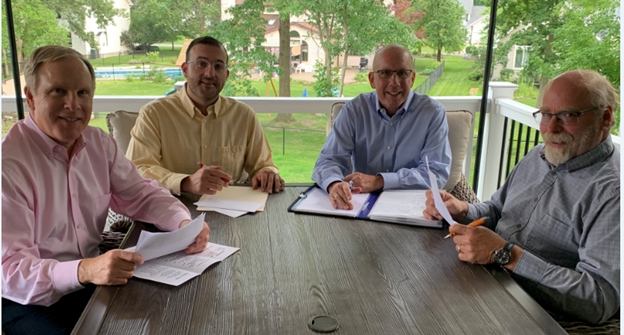 Mark Frentzel honorably serves as one of our Grand Island Judges and is running for re-election this year. With his 35 years of experience as a practicing attorney on Grand Island, and 16 years of judicial experience, he is highly qualified to serve our court. Judge Frentzel has the proven skill set to lead our court. By re-electing Judge Frentzel, Grand Island Town Court retains a wealth of life experiences, common sense, compassion, strength to do the right thing, and above all the ability to be fair and impartial. Judge Frentzel has never, and never will let politics into the courtroom. Your vote in November retains Judge Frentzel, a fair but firm judge.
Christian Bahleda is a lifelong Grand Island resident and is running for Town Council. He has a technology background and currently serves on the Town Technology advisory committee. He is committed to putting our community first and ensuring Grand Island remains a safe and affordable place to live. Christian and his wife Megan were both raised on Grand Island. They both loved their childhood here on Grand Island and this is the only place they could imagine living with their two dogs, Bailey & Lola.
Dick Crawford is our current Highway Superintendent and is running for re-election this year. As Highway Superintendent Dick continues to modernize the fleet of vehicles, and improve preventive maintenance operations of our roads and storm sewer system. The highway department staff prides itself in snow plowing operations by keeping our town and county roads open and safe throughout the winter season.
Pete Marston is a current Town Councilman and is running for re-election this year. As a small business owner of 20 years and a 35+ year resident of Grand Island, he is committed to fiscal responsibility and investing in the future of Grand island. Grand Island is where he chooses to live, work, and raise his son, Pete Jr. Grand Island is like no other place; it is his forever home.
Please vote for our entire team in November to continue the good government that we have been experiencing for the past 2 years. 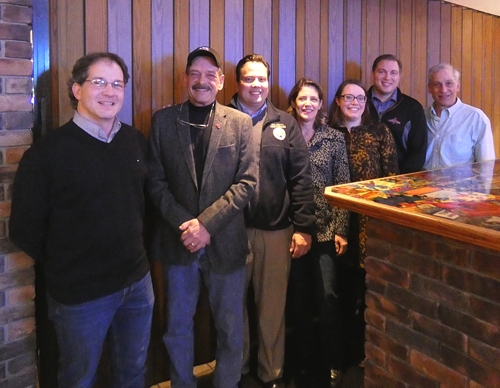 The Grand Island Republican Committee will host its 21st annual golf tournament on Monday, May 13th, at River Oaks Golf Course, with a shotgun start at noon. The tournament includes 18 holes of golf, cart, lunch and dinner. An awards dinner will be held after golf with a silent auction. The cost is $120 per player. Sponsorship opportunities are available. Contact Dick Crawford (818-6992), Pattie Frentzel (773-8788), Tom Digati (984-4521) or John Whitney (425-2511). 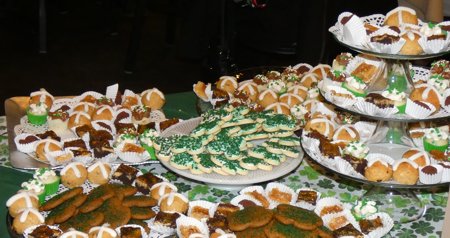 The Grand Island Republican Committee hosted a very successful St. Patrick's Day "Meet the Candidates" Party at 773 North on Tuesday. A great evening was had by all including delicious food, interesting conversations and and a chance to meet several candidates running in the 2019 elections.

The Grand Island Republican Committee St. Patrick's Day Party and Meet the Candidates Night will be held at 773 North on Tuesday, March 12, 2019 Tickets are $25 pre-paid by contacting Sandy Nelson (866-2343) or Mary Cooke (255-5838). It includes your first beverage, Irish themed food, soft drinks, desserts and coffee. Tickets are $30 at the door. See flyer 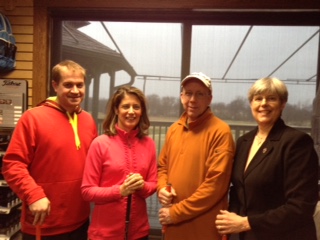 The Grand Island Republican Committee will host its 20th annual golf tournament on Monday, May 14, 2018 at River Oaks Golf Course, with a shot gun start at 12:30 p.m. The tournament includes 18 holes of golf, cart, lunch and dinner. An awards dinner will be held after golf with a silent auction. The cost per player is $110. Sponsorship opportunities are available. Contact: Dick Crawford at 818-6992, Pattie Frentzel at 773-8788, Mary Cooke at 255-5838, or Ray Billica 864-9055 for more information. 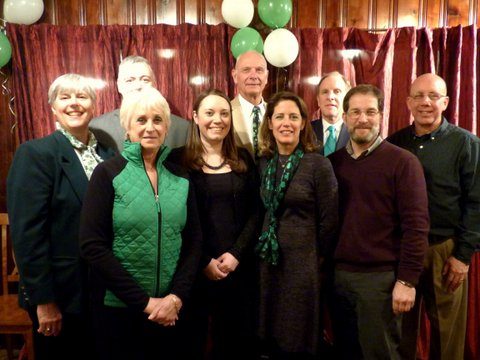 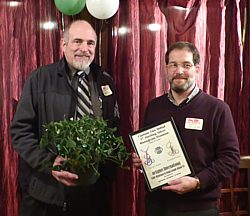 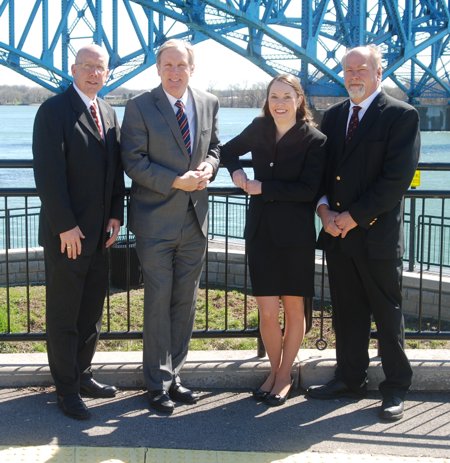 The Grand Island Republican Party has announced it has endorsed the following candidates to run in the November 7, 2017 general election. They are; Dick Crawford, candidate for highway superintendent; Mark Frentzel, candidate for town justice; Jennifer Baney and Pete Marston, candidates for Town Council. 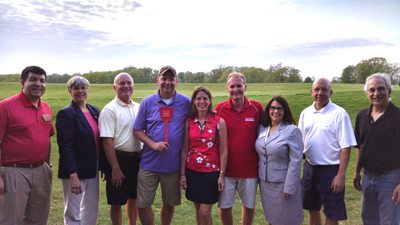 The 17th annual GI GOP Golf Tournament was held on Monday, May 11th, at River Oaks. Winning both the tournament and the putting contest was the foursome from Northtown: John Dickinson, Ross Kaiser, Kevin Slachciak and Dave Wilkinson. 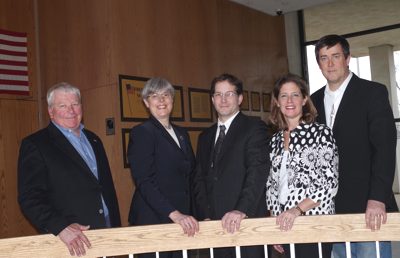 The Grand Island Republican Committee is seeking applicants for two town councilpersons, justice, clerk and supervisor to run in the upcoming election in November. If you are interested in pursuing these offices, we are interested in interviewing and supporting you. Our goals include providing the best candidates to administer the best representation and government for our community. We must receive your application by March 20th to be considered. Please send a letter of intent and/or a current resume to Dean Morakis c/o Grand Island GOP, PO Box 104, Grand Island, NY 14072 or deanmor@roadrunner.com. If you are interested in becoming a committeeman, assistant or deputy committeeman, want to help us, or give us your input or opinions, we would also like to hear from you. 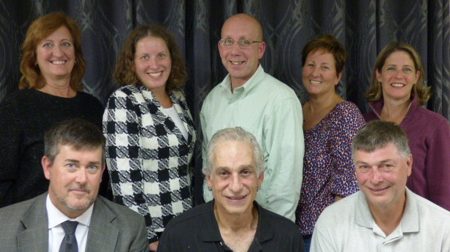 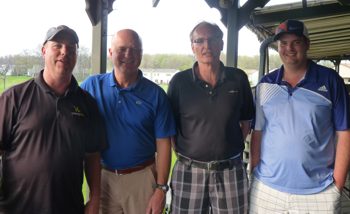 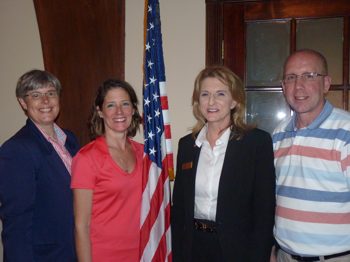 The 16th annual Grand Island Republican Committee Golf Tournament was held at River Oaks on Monday, May 12th. Dinner guest speaker was Erie County Clerk Chris Jacobs. Also in attendance was US Congressional Candidate Kathy Weppner. Winners of the tournament were the Northtown Team of Kevin Kulikowski, Ross Kaiser, Dave Wilkinson and Jason Wilkinson. Winner of the Ladies' Long Drive on hole #4 was Wendy Valint, winner of Closest to the Line on the 10th hole was Randy Gurney, First Niagara Risk Management and winner of the Men's Long Drive on hole #4 was Eric Seege, also from First Niagara Risk Management. Winners of the Putting Contest were Bob Richardson, Ron Deschenes, Mike Dowd and Dave Grant.

The Grand Island GOP is sponsoring a Corned Beef Dinner and Casino Night to benefit the Neighbors Foundation on Saturday, March 9th at 6:00 p.m. at River Oaks Club House. Tickets are $40 and include dinner and $20 in "chips". Call for tickets, Event Chair John White 773-8579. See flyer.

Beautiful Day For Golf Tournament - May 2012

The 14th annual GI Republican Golf Tournament was held on Monday, May 14 at River Oaks. The weather was beautiful, scores were close, and a great time was had by all. Winning team is pictured left to right: Charlie McDonough, Terry McDonnell, Duffy MacGuire and Mark Hajnos.

Stefan Mychajliw to speak at GOP Golf Tournament Dinner - May 2012

Stefan Mychajliw from Channel 2's TWO SIDES television show will be the featured speaker at the dinner following the Grand Island Republican Committee Golf Tournament on Monday, May 14 at River Oaks Golf Club. Registration and lunch begin at 11 a.m. with a shotgun start at 12:30 p.m. The day includes 18 holes of golf, special contests on the course, lunch and dinner, all for $110. Guests are also welcome to join the group for dinner only for $35. A large basket raffle and auction will be part of the festivities. Call Dick Crawford at 818-6992 for reservations. Gathering at River Oaks to finalize the details for the tournament are from left Highway Superintendent JT Tomkins, Supervisor Mary Cooke, Town Clerk Pattie Frentzel, Republican Chairman Debbie Michaux, Council Candidate Shelia Ferrentino, Councilman Dick Crawford and guest speaker Mychjliw. 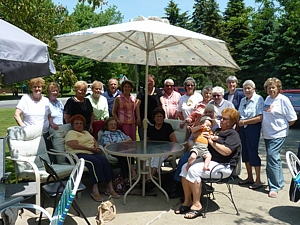 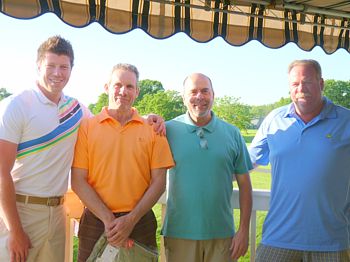 After two rain outs in May members of the Grand Island Republican Committee were finally able to hold their annual Golf Tournament at River Oaks on June 6. The gorgeous weather was well worth the wait. The Republican Committee and the Golf Committee thank everyone who came out to make this a very successful event. The winning foursome shown left to right are Mark Hajnos, Terry McDonnell, Duffy MacGuire and Charlie McDonough. 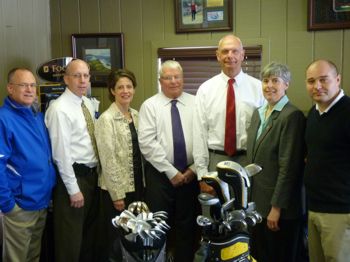 Members of the committee pictured from left are Highway Superintendent JT Tomkins, Councilman Dick Crawford, Town Clerk Pattie Frentzel, Councilmen Gary Roesch and Ray Billica, Councilwoman Mary Cooke, and River Oaks Head Golf Professional Brady Clendening.
The Grand Island Republican Committee's annual Golf Tournament will be held on Monday, May 9 at River Oaks Golf Club, 201 Whitehaven Road. It's a great chance to get out on the course early in the season for one of the first tournaments at River Oaks. The day begins with registration and lunch at 11:30 a.m. and a shot gun start at 1 p.m. Cocktails, dinner, awards and raffles begin at 6 p.m. Special guest golfer and dinner speaker is Mike Billoni, Executive Director of the Food Bank of WNY and former general manager of the Buffalo Bisons Baseball Team. The planning committee is pictured from left: JT Tomkins, Dick Crawford, Pattie Frentzel, Gary Roesch, Ray Billica, Mary Cooke and River Oaks Head Golf Professional Brady Clendening. Anyone interested in golfing (foursomes as well as single and pairs of golfers welcome) or joining the group for only the dinner, speaker and raffles can contact any committee member for more information, download a registration form at the Grand Island Republican Committee web site (gigop.com) or call 773-7058 or 818-6992 .