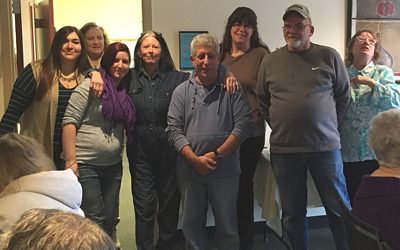 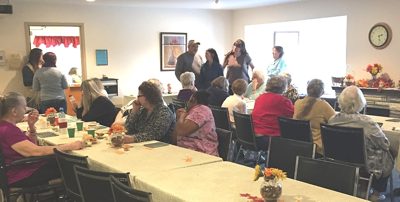 Members of the Moose Lodge #180 presented the 25th Annual Senior Dinner for residents of Isle View Apartments on Sunday, November 22nd. A full course dinner was served to 50 residents.

The Grand Island Moose Golf Tournament will take place at Beaver Island State Park on Saturday, August 8th. Registration includes 18 holes of golf with cart, lunch, dinner, beverages, prizes and awards. A special early bird price of $70 is in effect before June 15th. The cost will be $80 after that date. See flyer for details.

The Grand Island WOTM will host a Chili Cook Off at the Moose Lodge 180, 2524 Grand Island Blvd. on Sunday, November 9th. Registration is from 12 noon - 12:45 p.m. and the fee is $10. Please bring chili in a crock pot. Judging will begin at 1:00 p.m. and first prize is $50. Everyone is welcome to participate and you don't have to make chili. There will be hot dogs and chili sold and a basket raffle. For more information call Kath Lommer at 310-6808 See flyer for details. 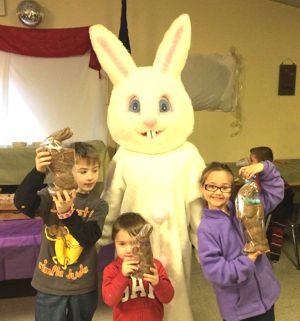 The Grand Island Moose Lodge #180 recently had a Easter Egg Hunt that was well attended and fun for all. The kids enjoyed lunch, three different craft tables and a visit from the Easter bunny. 793 candy filled eggs were spread out around the lodge grounds and the three lucky winners of the golden eggs were Ayden Cooper, Dominic Daniels and Kayla Wylie. 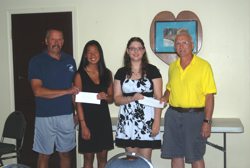 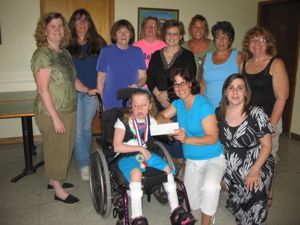 During the Sabres season, Grand Island Women of the Moose Chapter 1922 Lodge members collected money for Sabah (Skating Athletes Bold at Heart). Sabahs mission is to challenge individuals with special needs and volunteer partners to experience the success, pride, freedom and joy of therapeutic ice-skating while achieving personal growth. Dawn Gruszka of Grand Island accepted the check on behalf of Sabah. The Women of the Moose meet every 2nd and 4th Wednesday of the month. 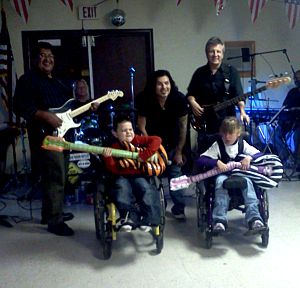 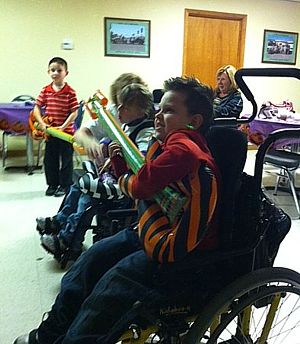 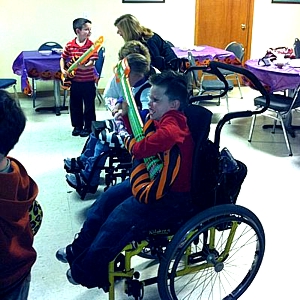 The Grand Island Moose Lodge #180 hosted a fundraiser for Miracle League on Saturday, October 15, 2011, and if you missed it, you definitely missed a good time. Several children got to take part in a jam session with the band "Wide Right" and they enjoyed every minute of it. Ian Cameron was really getting into it as you can see from the pictures, the bass guitarist, Bobby, made Ian's night as he went along side of him and jammed with him. Dawn Gruszka received some extra special attention from the lead singer, Mike, that also made her night. Miles Schoelles, Tyler, Ashlynne, Ayden and Alyssa Cooper were the other children who participated and received "blow up" guitars to take home as souvenirs. Nancy Anderson put together the event and it definitely "rocked." Thanks to all who did attend or donated a basket or gift certificate.

The Grand Island Moose Lodge, located at 2524 Grand Island Blvd., is hosting a Miracle League fundraiser on October 15th from 7-11PM featuring live music performed by "Wide Right". There will also be a basket raffle, 50/50's, hot dogs and snacks. This event is open to the community and everyone is invited to come have fun and support the Miracle League. There is no cover charge and ages 21 and over only after 9PM. If youre interested in donating a basket or gift certificate for the raffle please contact Nancy at 907-9037. See the flyer for complete details.


Another Check For Miracle League - April 2011 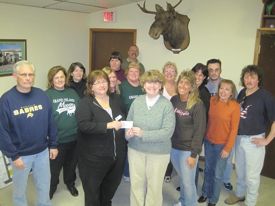 On March 5th, the Grand Island Moose Lodge & Family Center held a Monte Carlo Night and raised $1,500.00 to help The Miracle League of Grand Island & Western New York get a little bit closer to its goal of building a Miracle League Baseball/Softball Field in Veterans Park. A special Thank You to everybody who stopped at Monte Carlo Night and helped support such a great cause. 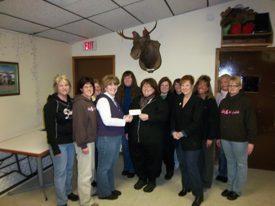 The Women of the Moose, on behalf of the Grand Island Moose Lodge, recently purchased a brick from the Miracle League and they would like to challenge other community groups to raise money for Miracle League by hosting some kind of fundraiser.
The Grand Island Moose Lodge, located at 2524 Grand Island Blvd., is hosting a Monte Carlo night on March 5th from 7-10PM with a live auction for prizes at 10PM. This event is open to the community and everyone is invited to come have fun and support the Miracle League. The community is also asked to donate to the event if possible, click on donation letter and information flyer for complete details.

Isledegrande.com would like to salute the members of the Moose Lodge #180 for their efforts to provide a Thanksgiving dinner for the senior citizens residing at the Islandview Apartments. Moose members, who have done this for 20 years, served a delicious dinner to 32 senior citizens on November 21 at the Moose Hall. Those enjoying the meal wanted to express their sincere appreciation to the Moose for this generous gesture that gets their holiday season off to a great start. 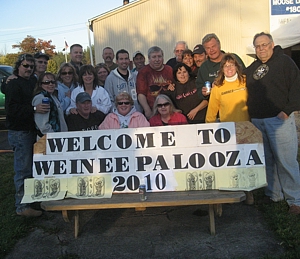 
On Saturday, October 16, 2010, a group of friends of the late Peter Courey gathered for what is called Weinee Palooza in memory of Peter Courey. The event has taken place almost every year since Pete passed away in July 2005. Don Hoover has spearheaded the gathering and the first two years Petes parents attended the event, unfortunately they have both passed away within the last year. Money was raised for the Grand Island Neighbors Foundation and each person in attendance had to bring a dish that contained hot dogs. The unusual as well as common dishes were dined on. A table is always set up with a picture of Pete, a lit candle and an ashtray, which represents Petes love for a good cigar! The group hopes to keep the tradition up next year in memory of their friend, Pete. 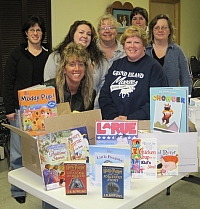 
Over 200+ brand new books were recently collected by Moose members to be donated to Women and Children's Hospital of Buffalo. The Grand Island Moose Family Center is a part of an international organization of men and women dedicated to caring for young and old, bringing communities together and celebrating life. In the past year alone, the Moose has reached out to the community in several ways from a canned food drive for the Neighbors Foundation, hosting Thanksgiving dinner for the Island View Seniors, supporting a Relay For Life team, holding a garage sale to benefit Hospice, collecting for care packages to be sent to the troops overseas, along with hosting a childrens Halloween and Christmas party and coming up soon, the annual childrens Easter Egg Hunt. The Moose always has something going on. For more information please call 773-6655.