The Grand Island Democratic Committee is hosting "Autumn Splash", a fundraiser for Democratic candidates on Friday, October 11th, at the Sandy Beach Yacht Club. The event runs from 5:30 p.m. - 8:30p.m., and tickets are $25. Sponsorships are also available. See flyer for more details. 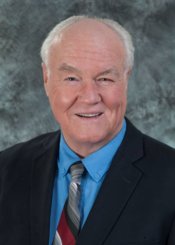 The Grand Island Democratic Party is proud to announce Robert Mesmer for Town Justice. Bob has resided on Grand Island for 68 years and has served 14 years on the Zoning Board of Appeals. Bob has been very involved in the community.
The Democratic Party held a Meet & Greet at the WNY Welcome Center on Sunday, March 10th. Forrest Crawford snapped an adorable picture of his nine-month-old son Greyson with Town Supervisor Candidate James Sharpe at the event. 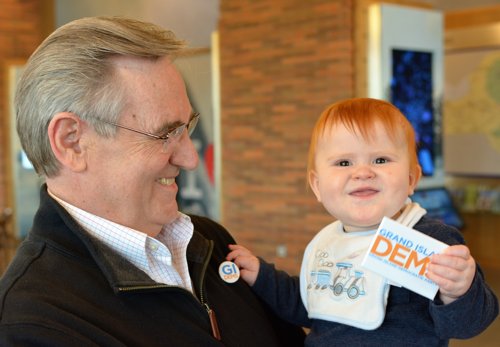 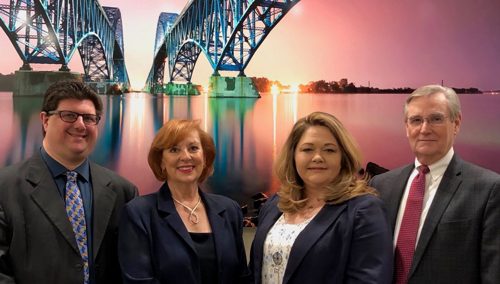 
Coffee with the Democratic Candidates - October 2015 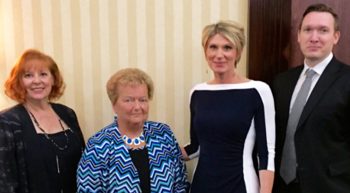 Press Release...As chairman, Jim Sharpe credits the Democrat Committee with an impressive slate of candidates. "I am honored that we have candidates with the caliber of Nathan McMurray for Town Supervisor. He is an experienced and accomplished attorney who is world traveled. He has chosen, as we have, to raise his family here on Grand Island and feels we can do better. We believe Nathan, as Town Supervisor, has what it takes to make a good community a great community.
Our Town Council candidates, Beverly Kinney and Cyndy Montana, are both excited and enthusiastic about bringing their talents and commitment to making Grand Island a better place to live, work & play. Beverly Kinney has been involved in every facet of Grand Island, from working with the Chamber of Commerce, the Town's Economic Development Advisory Board, the Women's Professional Business Organization, along with many of the community charities and events through more than two decades. She has spent the majority of her life here on Grand Island and her love and commitment to the community is clear to anyone who has worked with her.
Fresh eyes and new ideas are the qualities Cyndy Montana brings to the table. She is the mother of two children with a husband who was born and raised on Grand Island. She is involved with her children's PTA and actively participates with all of their events. Cyndy extends her time and efforts to a variety of community events and organizations. A successful businesswoman, she will bring sound judgement to the position.
The committee and I are extremely proud to endorse Judge Sybil Kennedy, a seasoned judge, for the Grand Island Town Justice. Judge Kennedy had worked as chief clerk for Judge Pritchard for many years and has served as Town Justice for the past 16 years. She has brought a wealth of knowledge and wisdom to our town court. Judge Kennedy is a well-recognized and respected judge with the county.
This group of candidates will bring transparency, creativity and integrity to our government that will replace the indecisiveness, duplicity and dysfunction that we currently endure." For more information on getting involved contact, Jim Sharpe at jsharpe3138@me.com or 553-1100. 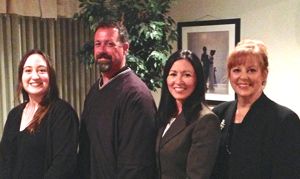 The Grand Island Democratic Committee has endorsed Beverly Kinney and Sarah Tollner as their candidates for Town Council. The committee has also endorsed Joy (Carrier) LaMarca for Town Justice and William Stanley for Town Highway Superintendent. The Committee will be holding a fundraiser on June 14th at the VFW Post from 6-9pm and the community is invited. For further information contact Jim Sharpe at 553-1100 or jsharpe3138@me.com.