Buffalo, NY - Erie County Sheriff Timothy B. Howard reports the arrest of a Buffalo man on felony drug and weapon charges on October 10 in the Town of Grand Island.
Just after midnight, Deputies initiated a traffic stop for vehicle and traffic law violations on Long Road at the I-190 interchange. The Deputies discovered 35-year-old Christopher Pineiro was operating the vehicle with a suspended license. The subsequent search of the individual and vehicle discovered a stolen loaded .45 caliber pistol secreted in Pineiroâs waistband. They also discovered over 45 grams of hydrocodone pills, two methamphetamine pipes, and a bong.
Deputies charged Pineiro with felony counts of criminal possession of a controlled substance, criminal possession of a weapon, and criminal possession of a stolen firearm. The defendant is also charged with misdemeanor counts of criminal possession of a controlled substance and aggravated unlicensed of a motor vehicle as well as a vehicle and traffic law violation. Pineiro is held at the Erie County Holding Center pending his arraignment in Grand Island Town Court.

Wednesday, September 18th, 4:00 p.m. - 8:00 p.m. at Grand Island Substation, 1856 Whitehaven Road.
Buffalo, NY â Erie County Sheriff Timothy B. Howard announces his office is participating in National Child Passenger Safety Week by hosting free car seat inspections at Sheriffâs substations. Car seats and boosters are one of the easiest ways to keep your child safe and, when installed correctly, car seats can reduce the risk of fatal injury in a crash by 71% for infants and by 54% for toddlers. Unfortunately, many parents install their child seats incorrectly. Among children under 5, an estimated 325 lives were saved in 2017 alone because they were properly buckled, but an additional 46 children could have been saved if every child was properly buckled. Certified car seat technicians from the Erie County Sheriffâs Office will provide free inspections and installations of child seats for parents and guardians.


Exterminator Exposes Himself to Customer - July 2019

Buffalo, NY - Erie County Sheriff Timothy B. Howard reports a man exposing his penis to a customer in Grand Island has been arrested on multiple exposure charges. On July 20, The Sheriffâs Office was contacted by a victimâs husband about an incident where an employee of an exterminating company exposed his penis to the victim. A video, which was captured with a doorbell system, shows 28-year-old Eliezer Ortizapeita of Buffalo removing his private parts from his pants and exposing himself to the victim.
The case was turned over the Detectives with the Sheriffâs Investigative Services unit, and on July 25, the subject was arrested. Ortizapeita is charged with a misdemeanor count of public lewdness â exposing private parts, and violations for disorderly conduct and exposure of a person. The defendant is released on appearance tickets for a future court appearance in Grand Island Town Court. If there are additional victims, the Sheriffâs Office requests they contact Detectives at 858.2903.

Buffalo, NY - Erie County Sheriff Timothy B. Howard announces he has authorized additional patrols for this weekend starting July 3 and going through July 7. The extra countywide patrols will be looking for impaired and intoxicated drivers as well as for distracted drivers. Funding for the added patrols is provided through Erie County STOP-DWI.

Buffalo, NY - Erie County Sheriff Timothy B. Howard is alerting the public that the Sheriffâs Office has received an increased amount of phone scamming complaints throughout the day. This round of complaints is County wide with some scammers falsely representing themselves as members of the Erie County Sheriffâs Office and other scammers leaving voice messages advising residents to call back immediately or they will be arrested. Some of the area codes used in this round of calls have been â716â + â410â + â718.â
The Sheriffâs Office is NOT calling area residents requesting personal information - please hang up immediately if you receive this type of call â likewise - do not respond to the voicemails that threaten your arrest. An important reminder: never release any personal, bank, credit card information or agree to purchase any type of gift cards to satisfy these counterfeit phone threats.
Do not hesitate to call the Sheriffâs Office (716-858-7618) or your local law enforcement agency with any questions. 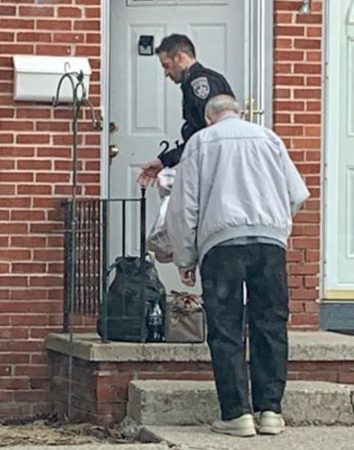 From the Erie County Sheriff Facebook page, dated March 21, 2019: "This morning an Erie County Sheriffâs PBA Deputy responded to a call to check the welfare of an elderly Grand Island resident. Upon speaking with the resident the Deputy discovered the man had limited food in his home. The Deputy proceeded to take the man grocery shopping before unloading the groceries into the manâs home. Well done, Dep." The deputy is Grand Island resident Chris Soluri.

Buffalo, NY - Erie County Sheriff Timothy B. Howard reports Deputies arrested 27-year-old Vincent Ligammari of Youngstown on drug and DWI charges on February 15 in Grand Island.
At approximately 7:14 a.m., Deputies responded to complaints of a suspicious vehicle at the Town Hall Terrace apartment complex. The Deputies observed a vehicle stationary in the parking lot with the engine running and the lights on. When the Deputies approached the vehicle, they observed an individual in the driverâs seat sleeping. Attempts to wake the operator failed, and the Deputies opened the door and woke up the subject.
The Deputies requested the individual to produce identification, and he handed over credits cards, and after multiple attempts, the operator finally provided his driverâs license. The Deputies discovered the vehicleâs registration was suspended and Ligammari was searched. Two small bags of cocaine were discovered as well as an unopen can of beer.
Ligammari was arrested and charged with felony counts of DWI-previous conviction and criminal possession of a controlled substance as well as a misdemeanor count of operating a vehicle with a suspended registration and a violation for operating a vehicle without insurance. The defendant was taken to the Erie County Holding Center pending his arraignment then later released. 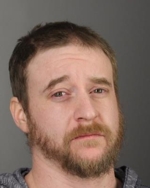 Buffalo, NY - Erie County Sheriff Timothy B. Howard reports 33-year-old Robert Shoemaker of Grand Island was arrested last night following an investigation into a fire at a Grand Island apartment complex on Ransom Road.
Deputies responded to a structure fire at approximately 9:55 P.M. on January 31. When the Deputies arrived, they observed heavy white smoke and an orange glow from an apartment building. The Deputies notified several residents to evacuate the complex and then returned to the building to check if all residents were accounted for and out of the structure.
As Grand Island Fire Department was battling the fire, Deputies were contacted by witnesses and directed then to a subject believed to be involved with the incident and who was still on the complexâs premises. The Deputies took Shoemaker into custody and turned the investigation over to Detectives and the Sheriffâs Fire Investigation Unit. Detectives charged Shoemaker with a felony count of 2nd-degree arson, and the defendant was remanded to the Erie County Holding Center pending his arraignment in Grand Island Town Court on February 1. No injuries to the buildingâs residents were reported. The Grand Island Fire Department estimates the damages to be $100,000.

Buffalo, NY - A Passing Motorist Found the Vehicle off the Roadway.
Erie County Sheriff Timothy B. Howard reports the Sheriffâs Crash Investigation Unit is continuing an investigation into a single vehicle crash that occurred on January 15, around 8:00 P.M. on East River Road in Grand Island. Reports indicated a vehicle was off the roadway under the south Grand Island bridges, and the operator of the vehicle was unresponsive. District 1 Deputies arrived at the scene and waited for members of the Grand Island Fire Company to extricate the operator. The driver was pronounced dead at the scene upon extrication. The victim of the crash is identified as 48-year-old Joseph Berard of Grand Island. The cause of the crash is still under investigation.