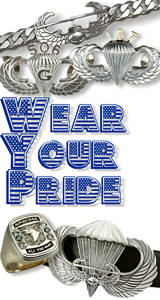 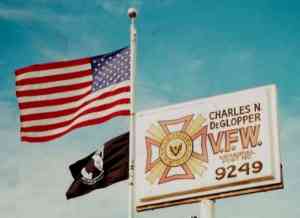 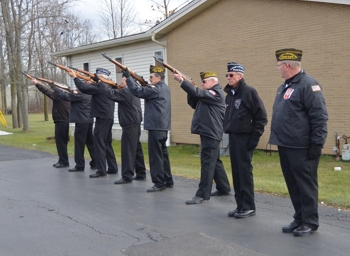 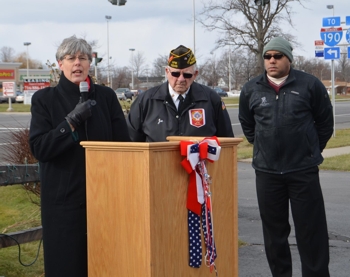 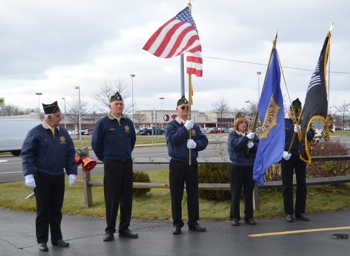 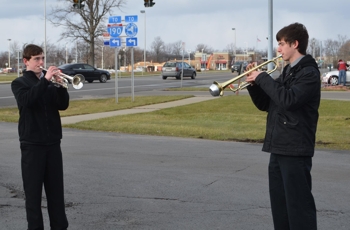 The annual Pearl Harbor Day Memorial Service will be held at the Charles N. DeGlopper Memorial Post # 9249, Veterans of Foreign Wars, December 7, 2013 at 12 Noon, at the Post Flag, 2121 Grand Island Blvd. Grand Island, New York. All are welcome to participate in this Memorial to the Heroes of Pearl Harbor, the Philippines and Pacific Islands on this day. Remember Pearl Harbor! 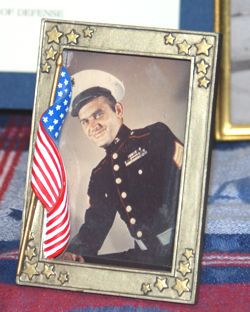 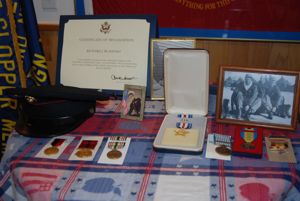 Awards and medals display. - Click above photos for larger views. 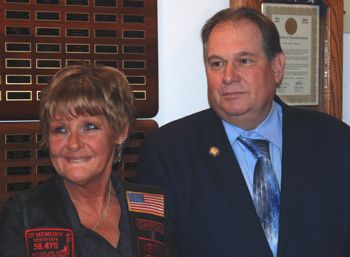 Korean War Veteran Corporal Richard J. Blasinski passed away in 1991 before being formally recognized for receiving the Silver Star. On November 27, 1950 Corporal Blasinski was engaged in the Battle of Wonsan-Hungnam-Chosin in North Korea. It was the first day, the Marines were outnumbered 8 to 1 and it was one of the coldest winters ever recorded in North Korea and fighting on one of the roughest terrains. Corporal Blasinski saved many lives that day, under extreme conditions "for gallantry in action against an enemy of the United States." The Silver Star Medal, is the third highest military decoration for valor that can be awarded to any person serving in any capacity with the United States Armed Forces. A ceremony was held exactly sixty years later at the Charles N. DeGlopper Memorial VFW Post 9249 on Wednesday, November 27, 2013 to pay tribute to Corporal Blasinskis lifesaving actions when his country needed him the most.
The citation for his Silver Star reads:
The President of the United States of America takes pleasure in presenting the Silver Star to Corporal Richard J. Blasinski (MCSN:1071442), United States Marine Corps, for conspicuous gallantry and intrepidity while serving with Company H, Third Battalion, Seventh Marines, FIRST Marine Division (Reinforced), during action against enemy aggressor forces in Korea on 27 November 1950. When his unit was attacked and overrun by a numerically superior hostile force, Corporal Blasinski quickly reorganized his squad and deployed them to localize the enemy penetration. Moving from end to end of his unit, he placed the men in advantageous firing position, ignoring the heavy enemy fire directed on the area. Courageously remaining in an exposed position, he competently and effectively supervised return fire which directly aided the company in halting the hostile advance. During the brief respite which followed, he evacuated his wounded and, on his own initiative, skillfully improved his defenses. When the enemy attacked again, he boldly led his men through intense small arms, machine gun and grenade fire, engaging the hostile troops in fierce hand-to-hand combat, dislodging the enemy from their well-entrenched positions and securing the flank. Covering the reorganization of the company, he successfully warded off hostile probes until the remainder of the unit was in position. By his aggressive determination, outstanding leadership and unwavering devotion to duty in the face of heavy enemy opposition, Corporal Blasinski upheld the highest traditions of the United States Naval Service.
Congressman Brian Higgins presented the Corporal's daughter Carol Blasinski-Rhonemus with the Silver Star Medal, and numerous service medals awarded for his time in service that had been lost over time. Other citations from elected officials were presented by Grand Island Supervisor Mary Cooke and New York State Assemblyman John Ceretto.

The Department of Veterans Affairs has issued a fraud alert about a marketing scam that is targeting veterans who misdial the VA National Call Center (800-827-1000) or the GI Bill Call Center (888-442-4551) phone numbers. A marketing company created two phone numbers that differ from the real VA numbers by one digit. If a veteran misdials and calls the bogus number, the answering party will offer a gift card and try to obtain sensitive personal data, to include credit card information. Please note that the VA will never ask for credit card or banking information over the phone. The two bogus numbers are 800-872-1000 and 888-442-4511. Please forward this information to all your members, Posts and friends, and share it on your websites. The bottom line is make sure you know who you are talking to before providing personal information over the phone. The VA has notified law enforcement authorities. For a list of toll-free VA phone numbers, go to the VAs Inquiry Routing & Information System webpage athttps://iris.custhelp.com/app/answers/detail/a_id/1703.

The Ladies Auxiliary at the Charles N. DeGlopper Post 9249 are requesting addresses of servicemen and women who are in war zones, to send Care Packages to. They would like to make a list of these service men and women preferably but not necessarily of Grand Island. Addresses would be held in strict confidence and only used for sending Care Packages from the Veterans of the VFW, Ladies and Mens Auxiliaries, and the American Legion Members. Names may be dropped off to the Charles N. DeGlopper Post Headquarters, 2121 Grand Island Blvd. We Support Our Troops and Veterans.