Please send in your information and photos to Death Notice.

There is no charge to print obituary notices. Donations are gratefully accepted.

LeRoy (Ben) Franklin - former Grand Island resident, passed away at the age of 83 in Mesa, AZ on January 18, 2023, after a long illness. He is survived by his wife of 58 years, Bernadette (Bernie) Franklin (nee Carminati), children Dale (Martha), Kristen (Richard), and Nancy (Davin) in addition to his grandsons Angelo and Jesse. He leaves behind siblings Nancy Duysters (David) and Richard (Susan). He is also survived by sister-in-law Patricia Davis-Weeks and brother-in-law David Carminati (Wendy) along with several nieces and nephews.
Ben served in the Marine Corps and was deployed to the Lebanon crisis in 1958. He was a lifetime member of the Grand Island Fire Company. Ben and Bernie retired to AZ in 2005 for his health and to be close to family. Ben will be remembered for his quick wit, curiosity, and love of his family. No services are planned. In lieu of flowers, the family requests donations be sent in his name to your local Arthritis Foundation or local hospice organization.


Peter Fordyce Johnson - was born on March 5, 1946 and he entered into eternal rest on January 23, 2023 following a brief battle with a rare blood disorder. Pete was the son of the late Carl and Christine Johnson. He is survived by his loving wife of 43 years, Sharon (Smith) Johnson, and by brother in laws & sister in laws , Don (Linda) Kutzbach, Mike (Bonnie) Leto, John (Vikki) Smith, and the late George (Patty) Smith, and by many caring nieces, nephews and cousins.
Pete spent his early years working on a ranch in Big Horn, Wyoming, a place that held a special place in his heart. He served in the US Army. He moved to the Florida Keys in the 1970's where he met his beloved wife, Sharon. Pete was an avid fisherman who won numerous awards in International Sailfish competitions. Pete moved to WNY with Sharon after four decades in the Keys to be closer to family. Pete was essentially a quiet, kind gentleman, lover of nature and animals ( esp beloved dog Doobie), a deep thinker, lover of a good song, an avid reader and a man with a great sense of humor. He had many good times with friends and family at "Happy Hours" in the Keys and WNY.
Pete was a lifetime member of the Moose Lodge and American Legion. It may be that he met St. Peter at the gate with fishing rod and a Bud Light in hand. A mass in honor of Pete and a celebration of life will be planned for a later date. Donations to Infant of Jesus Shrine, 3452 Niagara Falls Blvd, PO Box 563, N. Tonawanda, NY 14120 would be gratefully appreciated. "IOJ" is a modest church with very devoted priests and a small group of most faithful worshipers.

Anne C. (Conn) Lewis - Of Grand Island, NY and Pulaski, NY; January 15, 2023 Daughter of the late Michael and Mildred Conn, Jr. Devoted wife of the late Myron E. Lewis, Ed.D. Beloved mother of Gregory J. (Maureen) Lewis and late Jeffrey J. Lewis. Mother-in-law of Reiko Lewis. Caring grandmother of Catherine, Timothy, Koko and Niki. Sister of the late Michael G. Conn, III. Mrs. Lewis was a Grand Island Elementary School Teacher for over 20 years. A Mass will be held on Saturday, February 11, 2023 at 9:30AM in St Stephen RC Church, 2100 Baseline Rd, Grand Island, NY. Memorials may be made to the Grand Island Fire Department. Words of sympathy may be shared at www.LaingFuneralHome.com


Jo-Anne K. (nee Somers) Greico - November 6, 1942 - January 19, 2023 Of Grand Island, NY. Beloved wife, mom and grandma. She is known for her strength and tenacity. In true fashion she made sure we were with her. The one who believes in me will live even though they die. Whoever lives by believing in me will never die. (John 1 1:25-26). No prior visitation. A Celebration of Life will be held at the convenience of the family. Arrangements by: ERIE COUNTY CREMATION SERVICE, 824-6435. Please share your condolences at: www.eriecountycremationservice.com. 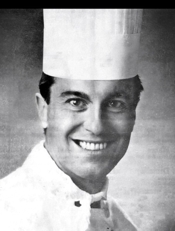 Paul Bernard Farrell - 67, of 2354 County Route 54, Hornell, NY (Town of Fremont) died Monday afternoon, January 9, 2023, at his home. Born in Buffalo, NY on June 28, 1955, he was the son of James and Mary Agnes (Dolan) Farrell.
Paul grew up in Grand Island, NY and graduated in 1974 from Grand Island High School. Having a deep love for cooking and the culinary arts, Paul earned a degree in Food Service Management from Erie County Community College. He completed his internships at the Culinary Institute in Hyde Park, NY and at Windows on the World at World Trade Center in New York City. Paul began his career as a Sous Chef at the Buffalo Launch Club on Grand Island. From there he continued to pursue his culinary career in the Dallas Ft. Worth area in the food service industry. He and his wife, Elaine, also owned and operated a catering business, Farrellsâ Foodworks, in that area for over 20 years. In 2004 Paul and his family moved to Bentonville, AR where he worked as the Corporate Chef for Club Marketing Services. Paul enjoyed singing, dancing, and music, especially Jimmy Buffet. He had a terrific smile and a laugh that was contagious.
In addition to his parents, he was preceded in death by his sister, Mary Margaret Gilbert. Surviving are two daughters, Alanna (Kade) Woodell of Rogers, AR and Elise (Kyle) McCarthy of Tokyo, Japan; his former wife, Elaine Scherb Farrell of Bentonville, AR; his special friend, Catherine Moore; two sisters, Eileen Farrell Kelchlin of West Seneca, NY and Patricia Farrell Blakey of Ellenton, FL; two brothers, James (Luisa) Farrell of Huntersville, NC and Peter Farrell of Destin, FL; one granddaughter, Jane Woodell, and two twin grandsons âon the way;â four nieces, Mireia Saad, Amanda Bible, Samantha Zenicki, and Paige Farrell; three nephews, Todd Tanner, Peter Farrell Jr., and Matthew Blakey.
At Paulâs request there will be no calling hours. Private services will be held at the convenience of the family Funeral arrangements are in care of the Dagon Funeral Home, 38 Church St., Hornell, NY. If desired, memorial contributions in Paulâs name may be made to: Samaritan Church, 1211 W.Hudson Rd., Rogers, AR 72756.


Brian R. McKie - 74 years old, of Grand Island, NY, formerly of Calgary Alberta Canada. Passed away on January 3, 2023 after a lengthy illness. Husband of Sally McKie. Father of Darrin (Lauren) McKie. Grandfather to Riley, Monica and lan McKie. Predeceased by his parents, Thomas and Verna McKie and his sister Laurie. Brother to Leanna Langenhoff and Betty (late Ken) Luchia. Brother-in-law to Judy (Norman) Weisse and Larry Carlson. Survived by many nieces and nephews. A Celebration of Life will be held at a later date. In lieu of flowers memorials may be made to Hospice Buffalo, Inc. Arrangements by the (Tonawanda Chapel) AMIGONE FUNERAL HOME, INC. Share your condolences online at www.AMIGONE.com.