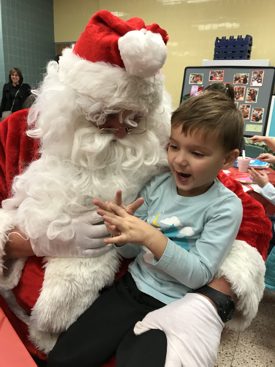 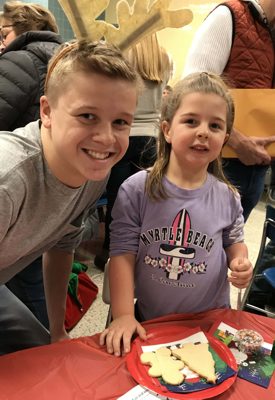 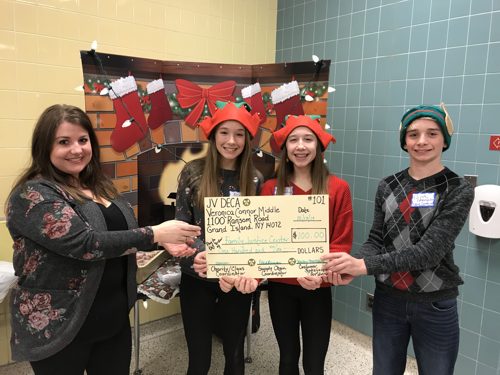 Receiving the giant check for $100 is Ava Thomas of the Family Justice Center from Alex Jensen, Hailey Martinez and Elijah Linenfelser.

By MaryJane Fonte, VCMS teacher.
Growing up on Grand Island, we are often seen as having âperfectâ lives. True, our graduation rate from Grand Island High School is considered high at 90% and the violent crime rate is low at only one-third of the national average, but not all problems within our community are transparent. A recent visit from the Family Justice Center during a Grand Island School District Superintendentâs Staff Development Day brought to light the growing problem of Domestic Violence on Grand Island, despite its seemingly utopian reputation. Thus, when our JV DECA Club talked about combining an information sharing venue with a Community Service project, Cocoa and Cookies with Santa was born.
As the only JV DECA Chapter in Western New York, we are excited about the opportunity to start a yearly tradition at Veronica E. Connor Middle School which not only brings JOY to children during the holidays, but brings HOPE to families struggling with secretive sorrows. If we can get the word out that a crisis with Domestic Violence exists, maybe those suffering will feel more empowered and less alone, seeking help for themselves and their children.
Cocoa and Cookies with Santa combined the old fashioned story of Santa Claus and his giving heart with a modern day need for funding to renovate and staff a new facility within our community. Each child received two suckers from Santa, one to keep and one to give away. It was so much fun to hear from the children to whom they would give their gift.
The JV DECA students responsible for organizing the event will have been simultaneously working diligently on 20-page manuals on Project Management in Sales and Community Service, which will soon to be sent to the judges. In February of 2020, these six eighth grade students will present their projects before live judges in hopes of placing at the New York State DECA Conference against freshman, sophomores, junior and seniors in high school.
Signed and dedicated copies of Doug MacGregorâs Morgan McKinneyâs Bigger-Than-Life Adventure were sold pre and post-event to help raise money for the DECA States Conference expenses. Copies can still be obtained to assist our team of six students by contacting Mary Jane Fonte at Connor Middle School.
So much was learned by each eighth grader who helped throughout the process. At the end of the tiring evening, it was hard to tell who had had more fun, the tots or our JV DECA members! Our gratitude goes out to the families that attended, GIHS DECA, Diana Lipp, TOPS Friendly Markets, Grand Islandâs Tim Hortonâs and teachers/staff from VCMS for their generous donations to help defray the cost. 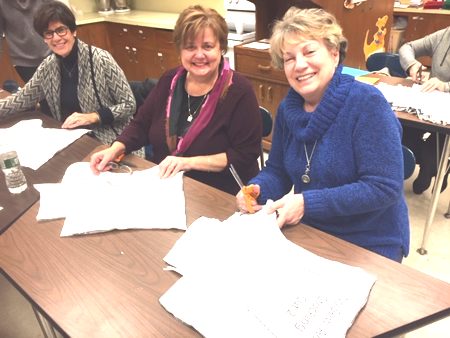 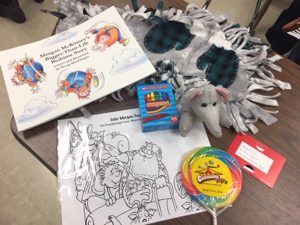 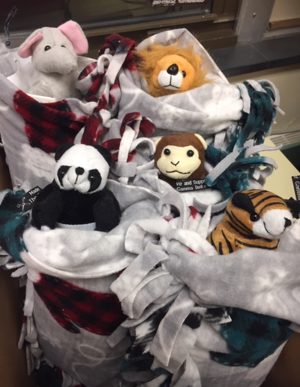 By MaryJane Fonte, VCMS teacher. - Fighting Cystic Fibrosis with Imagination.
Cystic Fibrosis has been in the news a lot lately with the approval of a new drug for its treatment. Although Trikafta was approved in October by the U.S. Food and Drug Administration, hailed by doctors and patients alike as a breakthrough, many children still deal with daily regimes of Airway Cleaning Techniques, enzyme and antibiotic therapies, and frequent clinic appointments and hospital stays for check-ups and tune-ups.
Attempting to lift some of both the emotional and physical weight of CF, a gift of a hand-tied Christmas Stocking containing a stuffed animal, carnival-sized sucker, coloring sheets, crayons, a book and Tim Hortonâs gift card were given to 13 Osheiâs families during their pre-Christmas Clinic visit. Morgan McKinneyâs Bigger-Than-Life Bedtime Story was chosen as Morgan McKinney, the main character also wants to feel âweightlessâ and takes the readers high above the clouds to meet his zoo friends and Santa, too.
Delta Kappa Gamma also tries to lift the burden of college tuition for students, offering two yearly $500 scholarships to a North Tonawanda and Grand Island student pursuing a degree in the field of education as the Gamma Delta chapter of DKG draws its membership from these districts. Pictured above are: retired Grand Island Teachers Karen Zirnheld and Pamela Suszczynski sitting with retired North Tonawanda Teacher, Joan Holesko, who with her husband over a decade ago, established The Stephen P. Holesko Fund in memory of their son to support the Cystic Fibrosis Center at Oishei Children's Hospital. 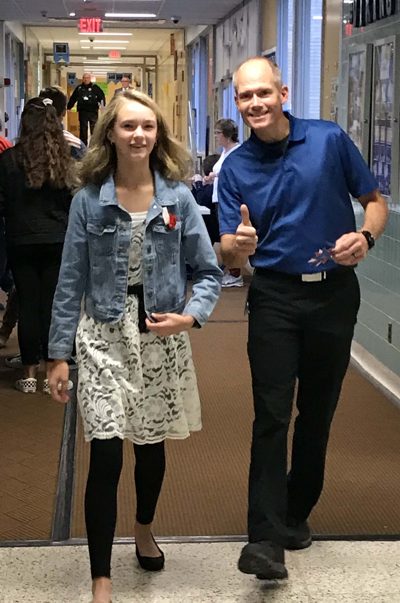 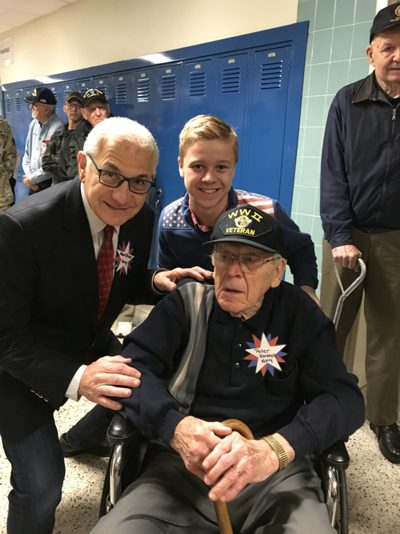 Mark Bruno of the Army and WWII Veteran Peter Xanthos of the Navy, Ryan Stravino. 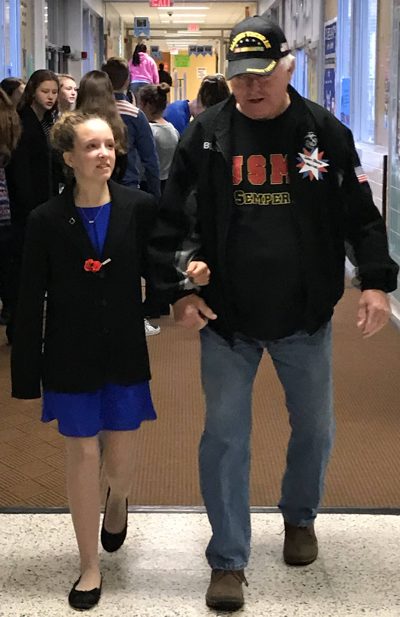 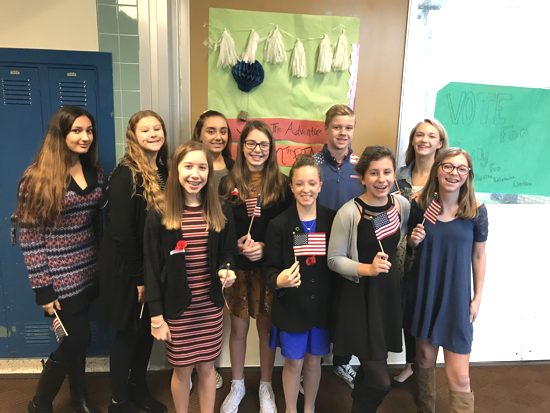 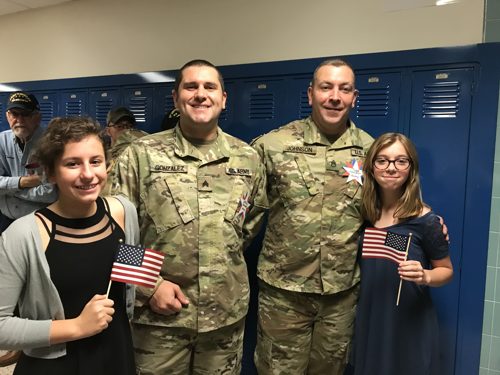 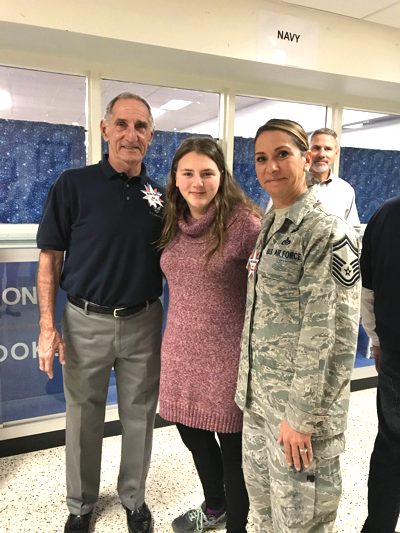 The Royal Blue and Yellow JV DECA Club of Veronica E. Connor Middle School donned Red, White and Blue instead for the fourth annual Veteranâs Day Parade at Connor Middle School on November 7th. As each current or former soldier of the United States Army, Navy, Air Force, Marines and Coast Guard arrived at our school, they were met by members of JV DECA who made formal introduction and escorted them to their place in the parade line up. JV DECA is a junior version of GIHSâ Business and Marketing Club which fosters Civic Consciousness as one of the four points of the DECA Diamond. 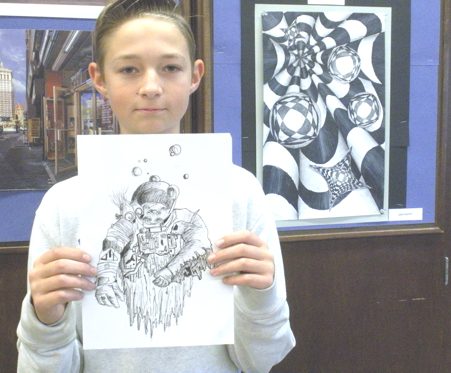 The Art Department of the Grand Island Central School District is pleased to continue itsâ tradition of honoring exemplary student achievement. Initiated during the 2007-2008 school year, the K-12 âStudent of the Monthâ award is designed to highlight the merits and achievements of ten student artists yearly, spotlighting one talented student each month. Honorees are selected for their unique artistic voices and visions as well as having used their creative capacities to enrich and improve their school environment and communities.
Students featured during the 2019-2020 school year will spotlight individuals from each of the districtâs five schools. As artistic success reflects cumulative achievement and sequential development by our student artists, the accomplishments of children of all age levels is equally recognized by the awarding of this honor.
The first recipient of this award for the month of September is a Connor Middle School eighth grade student artist. Josh Hoover is a student who displays a great deal of natural artistic ability and promise. He is an accelerated art student enrolled in the eighth grade at Connor Middle School. Joshâs art teacher describes him as a meticulous and hardworking student with a keen eye for detail. Josh is always seeking to improve his art ability. He creates exceptional work in class and keeps a sketchbook which highlights his creative imagination and strong drawing ability. He is an enthusiastic and eager art student who looks for a creative challenge and seeks to create his very best work, which is consistently exceptional.
Joshâs art teacher cites his positive attitude and work ethic as additional reasons that he was selected as a recipient of this award. The Art Department of the Grand Island Schools recognizes this studentâs unique artistic voice and potential and is pleased to honor his achievement by naming him their first âArtist of the Monthâ for the new school year. 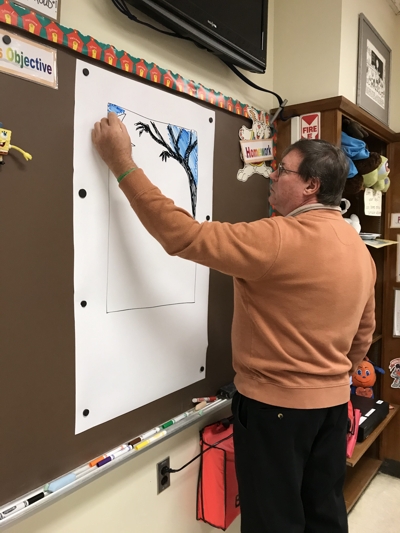 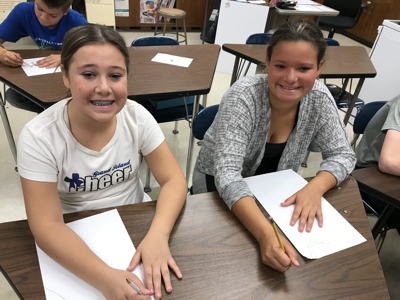 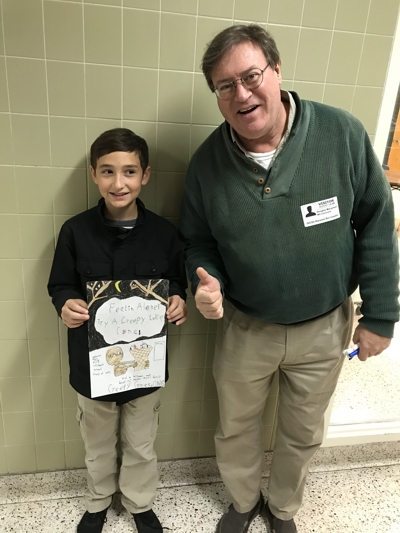 Doug MacGregor, Coordinator of Arts in Healthcare for the Lee County Florida Hospitals brought sunshine and self-confidence to Mrs. Mary Jane (MacGregor) Fonteâs eighth grade Family and Consumer Science Classes this week. MacGregor also an editorial cartoonist, and author/illustrator of several childrenâs books and an all-age book on developing creativity, arrived just in time to kick off the classes advertising campaigns for Entrepreneurship.