Buffalo, NY - Erie County Sheriff Timothy B. Howard reports the arrest of a Niagara Falls resident following an assault and stabbing. At approximately 5:40 p.m. on November 8, Deputies responded to a residential complex on Bedell Road. When the Deputies arrived, they observed a male who was bleeding, holding down another male. Their investigation discovered the wounded male was stabbed in the upper torso with a sharp instrument by a delivery driver who delivered items to a different apartment from where the victim was visiting.
The responding Deputies placed 53-year-old Bart Cordwell of Niagara Falls in custody and rendered first aid to the victim until EMS personnel arrived. Deputies arrested and charged Cordwell with a felony count of assault with intent to cause injury with a weapon and a misdemeanor count of criminal possession of a weapon with intent to use.
The victim was transported to Erie County Medical Center via Grand Island Ambulance for treatment of non-life-threatening injuries. Cordwell was also transported to ECMC for evaluation and treatment. Following Cordwellâs release from the hospital, he was taken to the Erie County Holding Center and is held on a $10,000.00 bond or $7,500.00 cash bail. Sheriffâs detectives continue to investigate the incident.

November 5, 2020....Buffalo, NY Erie County Sheriff Timothy B. Howard warns the public that individuals representing themselves as Sheriffâs detectives are placing scam calls to people in the area about jury duty.
The caller states: They are a detective; The call is about a failure to answer a jury summons; The matter can be rectified if the individual pays a fine; Payment arrangements can be made over the phone; or The person can make their payment in person at 10 Delaware Ave. These claims are false, and the Sheriffâs Office strongly encourages anyone who receives these calls to ignore it and hang up.
The Erie County Sheriffâs Office does not:
1. Attempt to collect fines via phone calls;
2. Request payments are made using gift cards or prepaid cards;
3. Accept any payments for fines at 10 Delaware.

October 27, 2020....Buffalo, NY Erie County Sheriff Timothy B. Howard encourages parents to be mindful of their community and COVID guidelines as well as the potential hazards of Trick or Treating. Sheriff Howard asks parents and guardians to review these useful yet straight forward safety tips with their trick-or-treaters to ensure the evening is fun and memorable for all of the right reasons.
To keep Halloween fun and safe for our children:
Parents:
â¢ Check with your municipality for the hours of trick-or-treating;
â¢ Map out your route and check Offender Watch or NYS Sex Offender Registry for registered sex offenders in the neighborhood you plan to visit at
o Offender Watch - https://www.communitynotification.com/cap_main.php?office=54107
o NYS Sex Offender Registry - https://www.criminaljustice.ny.gov/nsor/index.htm
â¢ Inspect all treats at home; throw away unwrapped, open, or suspicious looking goodies.
Trick-or-Treaters:
â¢ Costumes with light colors and reflective tape are best. Someone in the group should carry a flashlight. Consider putting reflective tape on their bags too;
â¢ Carry a cell phone for quick communication;
â¢ Instruct children to only stop at familiar homes and where the outside lights are on;
â¢ Do not enter a home or car to collect treats.
COVID:
â¢ Follow all COVID-19 guidelines;
â¢ Wear a protective mask under the costumeâs mask;
â¢ Wash hands with soap and water for at least 20 seconds when you get home and before you eat any treats;
â¢ Check CDC Halloween guidelines at https://www.cdc.gov/coronavirus/2019-ncov/daily-life-coping/holidays/halloween.html

September 2, 2020, Buffalo, NY â Erie County Sheriff Timothy B. Howard reports Deputies arrested 43-year-old Tyrone Billingslea of McDonough, Georgia, following complaints about and individuals with a weapon at a motel on Grand Island Boulevard in the Town of Grand Island. Deputies responded to the disturbance complaint at approximately 3:08 a.m. on September 2. Deputies spoke with the victim, who stated Billingslea threaten the individual with a knife. It was also discovered Billingslea had multiple, out-of-state felony narcotics warrants. Billingslea was arrested and charged with a class-A misdemeanor of menacing with a weapon and harassment â a violation. The defendant is held at the Erie County Holding Center pending his arraignment.

July 31, 2020....Buffalo, NY Erie County Sheriff Timothy B. Howard announced today that the missing swimmer had been identified as 37-year-old Nathan Farkas of North Tonawanda. Nathan went missing Tuesday afternoon while swimming in the east branch of the Niagara River near the south Grand Island bridges. The Sheriffâs Office wishes to express its condolences to the family and friends of Mr. Farkas.

July 28, 2020....Buffalo, NY Erie County Sheriff Timothy B. Howard reports multiple, specialized units responded to a report of a missing swimmer near the south Grand Island bridge.
At approximately 1628, Sheriffâs Office Dispatchers received reports of a male who went swimming in the east branch of the Niagara River but did not return to shore. Sometime earlier to the emergency call, two males swimmers entered the water from a Grand Island dock and attempted to swim to a bridge pylon. One of the swimmers noticed the second male was no longer visible.
The Sheriffâs Office dispatched the Marine Unit, Air-1, and members of the SWAT team who deployed a drone. At 1707, the Sheriffâs Underwater Recovery Team responded to the scene. The incident commander has paused the search today due to diminishing daylight and safety concerns. Sheriffâs units will resume the search Wednesday morning. Agencies assisting in the search: Grand Island Fire, U.S. Border Patrol, City of Tonawanda Police Department, NY State Police, U.S. Coast Guard .

Buffalo, NY The Erie County Sheriff's Office and Erie County Emergency Services have issued a joint Fireworks public service announcement. See here. In a nutshell, sparklers may be used by ages 18+. Illegal are: any exploding, shooting or taking off from the ground fireworks.

June 28, 9:28 a.m., Town of Grand Island - Deputies responded to a two-vehicle accident at Fix and East River roads. Grand Island Fire Company personnel were evaluating the parties, and while speaking with 27-year-old Krysta Kinmartin of Grand Island, Deputies observed signs of impairment.
Kinmartin failed multiple standard field sobriety tests, and a preliminary breath test indicated BAC of twice the legal limit. She was arrested and charged with DWI, operating a vehicle with a BAC of .08% or higher, ad failing to stop at a stop sign. The defendant was processed and released with appearance tickets.

Buffalo, NY Erie County Sheriff Timothy B. Howard reports the arrests of 36-year-old Jason Herb of the City of Tonawanda and 27-year-old Stephanie Sayles of Depew following a complaint filed by employees of a Grand Island hotel.
On May 14, Deputies responded to a hotel on Whitehaven Road at approximately 6:20 a.m. for a disturbance call. Hotel staff heard yelling coming from a room, then they observed a female exit the room, at which time the female asked the staff to watch the minor accompanying her.
Deputies approached the room and heard screaming coming from inside and entered. While inside the room, Deputies spoke to Herb and Sayles. While displaying his identification, several paper tabs were discovered in his wallet; Herb identified the tabs as LSD. Deputies also discovered a plastic envelope containing methamphetamine.
The subjects were charged with felony counts of criminal possession of meth with intent to sell, and misdemeanor counts of criminal possession of a controlled substance, and endangering the welfare of a child. The defendants were released on appearance tickets following processing at the Grand Island Substation. Herb was notified of an outstanding NYSP police warrant; state police choose not to extradite. The minor was turned over to a relative.

Buffalo, NY Erie County Sheriff Timothy B. Howard reports his office continues to investigate a series of stolen car reports in Grand Island. Since January 1, the Sheriffâs Office has responded to ten reports of stolen vehicles in the town, and Detectives attribute eight of the thefts to individuals leaving keys in the vehicle. âUnfortunately, people are leaving valuables and keys in the car,â stated Sheriff Howard. âAnytime items are left in plain view, nefarious individuals are going to take the opportunity to commit a crime.â
Beyond the stolen vehicles, Deputies have also responded to car larcenies throughout the town. Sheriff Howard continued, âThe thieves are not breaking windows or popping locks. Instead, they are simply pulling the door handle, and if the door opens, the criminals are going in.â
Detectives arrested two minors on April 10 and charged them with felony counts of grand larceny, criminal mischief, criminal possession of stolen property, and unauthorized use of a vehicle following a report of a stolen vehicle on April 9. The Sheriffâs Office reminds people to take valuables out of the vehicle, donât leave the keys in the automobile, and lock it. 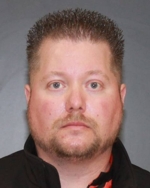 Buffalo, NY - Erie County Sheriff Timothy B. Howard reports the arrest of 41-year-old Brian Cline of Grand Island following an investigation into the death of a dog. Cline is charged with two felony counts. The petâs owner found the dog deceased in its crate on March 13. After learning of the death of the dog, a neighbor recalled hearing the dog bark a previous night and reviewed home surveillance footage. The footage showed the offender striking and kicking the animal. The owner contacted the Sheriffâs Office on March 14, and after viewing the video evidence, Deputies arrested Cline. Cline is charged with a felony count of aggravated cruelty of animals from the Agriculture and Market Law, and a felony count of criminal mischief. The defendant is held at the Erie County Holding Center pending his arraignment.

Buffalo, NY - Erie County Sheriff Timothy B. Howard reports the investigation of a January 5th hit-and-run incident in Grand Island, resulted in the arrest of 28-year-old Brandon Smith.
Deputies responded to a complaint of a hit-and-run crash along Staley Road on Sunday at approximately 7:52 p.m. The victim stated a dark-colored pickup truck struck his vehicle and left the scene.
On January 6, the Sheriffâs Office received an anonymous tip about a Ford truck with recent right front damage. When deputies spoke with Smith, he admitted to operating the vehicle on January 5 and stated he thought he struck a deer during the drive. The individual also admitted to driving the truck with a revoked license due to a previous DWI conviction.
Smith is charged with a misdemeanor count of aggravated unlicensed operation of a motor vehicle, and vehicle and traffic violations for leaving the scene of an accident, operating an unregistered vehicle on the highway, and operating a vehicle without insurance. He was released on tickets. 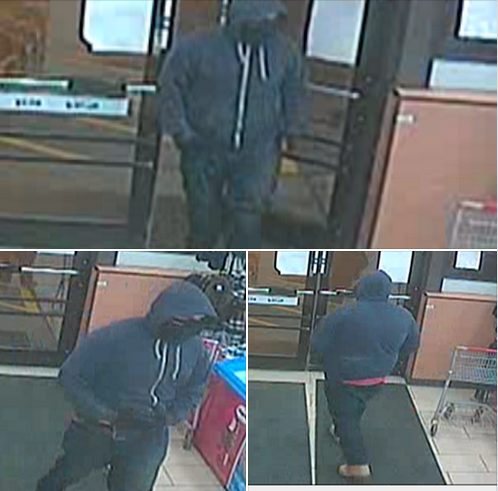 Anyone recognizing the suspect or has information about the incident is urged to contact the Erie County Sheriffâs Office at 716.858.2903 and refer to CL # 20-00171.

Buffalo, NY - Erie County Sheriff Timothy B. Howard reports his office is investigating an armed robbery that occurred on January 1, at approximately 8:15 p.m. in the Town of Grand Island. At that time, a male entered a 7-11 store at 1787 Love Road. The suspect displayed a handgun and demanded money from the cashier. The cashier handed over an undetermined amount of money and the suspect left the store.
The Sheriffâs Office is reviewing security camera footage and is continuing its investigation. The Sheriffâs Investigative Services Division is requesting the publicâs assistance. If anyone was in-store or in the area at the time the robbery occurred and has information related to the incident are asked to call 716.858.2903 and refer to CL# 20-000171. Multiple units responded to the area including, K9 teams and Air-1.